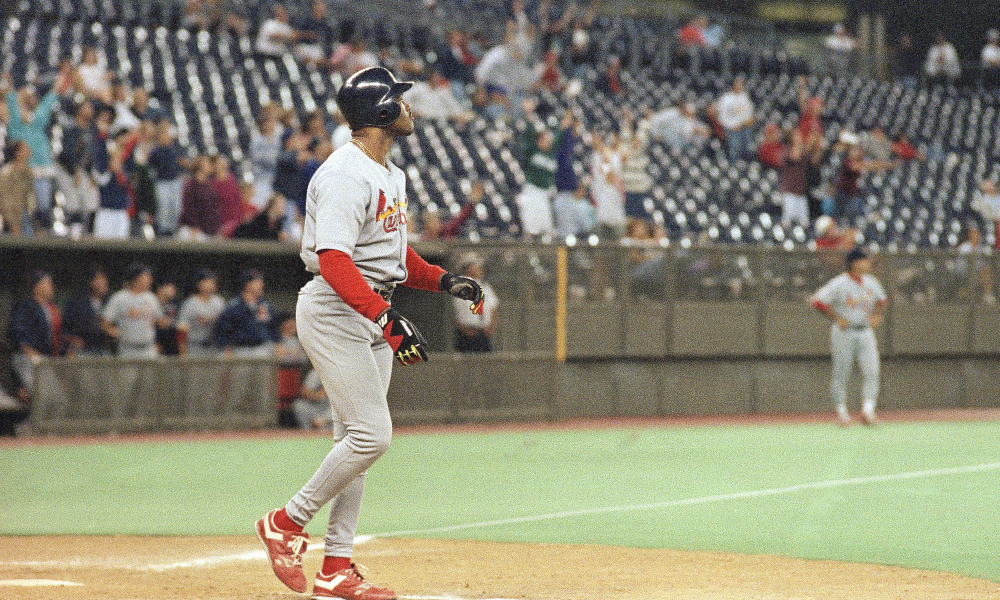 Hardly three weeks have passed since the start of the current Major League season, and there have already been some very loud changes, enough for us to react appropriately to them: The throwing angles of the balls have gone up (from 11.1 degrees last year to 11.7), home runs have declined (even if we consider weather conditions as factors), the freezing temperatures are wiping out attendance figures and Shohei Ohtani is real.

In a more tranquil way, the ball game is always changing and adapting. Sometimes it can be difficult to understand what will remain, what is merely fortuitous and other things that are nothing more than a mere sigh of April. Here are some ways in which baseball in 2018 has changed to be a baseball game like never before:

1- The lower part of the alignments has had historically poor performance.

Obviously, the lower parts of the lineups are supposed to hit poorly. Otherwise, there is something that does not work well, in the same way as a game is suspended for snow in a covered stadium. However, both leagues have so far seen an offensive with an unprecedented mediocrity on the part of the final position of the lineup (eighth in the case of the National League and ninth in the American) and, more broadly, in the last three places.

The seventh, eighth and ninth hitters have tied for .210 / .287 / .322 this year, with the exception of the pitchers. That represents only 73 percent of the OPS throughout the league, measured by a statistic called tOPS +.

Bats 7, 8 and 9 last year, by contrast, were 90 percent effective, compared to the rest of the lineup, with an offensive line of .245 / .312 / .398. That is not something that has varied a lot year after year: During the previous decade, the low third of tOPS + in the whole league has not been less than 86 or greater than 90, until the collapse that we have witnessed this year.

If this trend continues, the hitters at the end of the lineup will be the worst of any season in history. The second worst group had + OPS of 79, and that was back in 1918. The seventh, eighth and ninth in the offensive orders have never been worse than the general 82 percent of the league. And the decline in the last places is much more marked:

So, what is happening here? One hypothesis is that teams are improving at the time of placing their worst hitters at the end of the lineup, identifying more correctly their worst sluggers, in addition to better optimizing their alignments to give those men the lowest number of appearances to the plate.

That would be a funny story about how the intelligence of baseball has been put into action. However, this is not a 20-year trend that tracks the increase in the intelligent use of statistics within Major League Management. This is an abrupt drop compared to 2017, when the men placed in the last positions were batting extremely well, considering their places and expectations.

Another hypothesis is that these weaker and lower hitters are being particularly affected by the April environment that is causing low home runs. If there is something that made the ball extremely alive that we witnessed between 2015-17, it is very interesting that it benefited almost everyone, including small boys and others who are not characterized by excellent bats.

This was not the era of a handful of players who changed their batting rhythms to sound 60 and 70 homers in a season; but of men who were characterized by adding two, seven or 13 home runs and suddenly connected five, 10 or 20. Many players responded to this tendency of the apparently live ball hitting higher. The rational players did rational things.

The current case is that the ball is not running much this month and all those batters who modified their swings are hitting all the highs but no home runs. That may not matter much to the sluggers who are highly qualified to shoot homers that cross 85 feet over the wall, but it could be relevant to those players who were briefly considered credible home run threats. The live ball could have ended up being a trap, aimed especially at those batters.

The problem with this hypothesis is, then, that the offensive decline on the part of hitters 7, 8 and 9 of the lineups is not restricted to a drop in the numbers of home runs or power numbers.

And they are striking more, compared to their colleagues, than in previous years. It’s just going wrong. We should see the maintenance of this trend for a few more months before believing it completely but, here and now, it is a fact.

2- The matches are moving faster and even then, they are taking longer.

Although … Partly this is due to the fact that more extra innings have been produced than in a typical campaign. In a (probably) rare situation, 11 percent of the parties have been very long, so far, which would be the highest figure since 1965 if this trend continues (which will not happen). This is in pace to become the first campaign since 1981 in which an average game requires at least 54 outs.

The matches are lasting longer because the matches require more time. If certain things were kept in control, the nine innings on average would require three hours and one minute. However, it is still the third slowest duration in history, although it would be an average of four minutes per day more expeditious than in 2017.